Glass Knuckles Games brings Defragmented to Steam. It is a cyberpunk action-RPG Top-down stick shooter. It is fast-pace action like Hotline Miami but with RPG elements like Borderlands with great character progressions. It may be played stealthy as well for certain levels. The electronic music genre pulse pumping songs for each level fit the game perfectly with the gameplay mechanics and the vibrant polygonal visual style graphics. Expect to die often if too hasty and rethink your approach to the level. Get ready to immerse into the cyberpunk world of Entropolis in a story about cloning, rebellion, and the mysterious city of Entropolis.

The story begins when you awake on the train and arrive at Entropolis. Upon entering a noodle shop for a rest you encounter a rude guest eager for trouble. Then Mai enters to help you out and get acquainted with the city. She is from Via Ascencio a museum curator/rebel and wants you to help her free the city of Entropolis from the evil corporation twoBytwo. As you explore this neon city and uncover the conspiracies that lurk within this city you will encounter rogue police agents, museum curators, and scientists struggle to enforce their own world views. Who can you trust in this city? 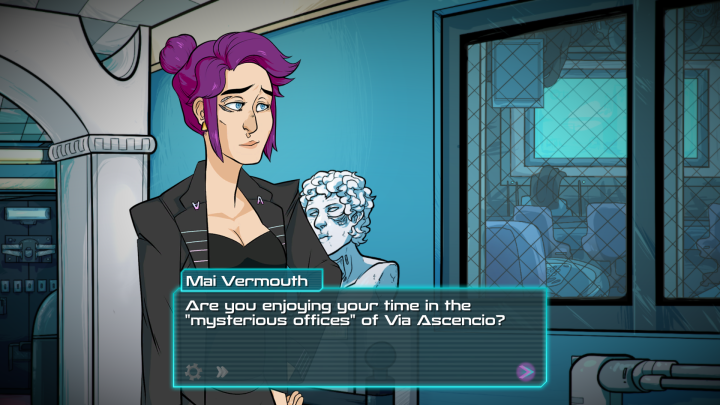 The story starts slow but as you progress it gets interesting to unravel the power struggle for the future of evolution in Entropolis. Engaging you to continue to play until you finish the game to the end. Later on a great twist is reveal that will surprise you. There is a choice at the end and you may replay it to view both endings. The endings are well done for both choices and leaves potential for a sequel in this world. It will take around 3 to 4 hours to complete the story. This is the only mode of the game and you may replay a level if you like to get a better rank on it. Once you complete the story you may start a new game plus mode where the difficulty goes up and keep your equipment still intact. You may start with a different class to for a different challenge.

Defragmented provides a simple and easy to learn the gameplay control scheme for movement, weapons switching, melee attacks and power boosts controls are well done. Rotate the camera to get a better view of the enemies movements is key to taking them out. Environments are destructible if you take cover be aware to move away from danger. At the beginning of the game you select the class you would like to start . As you progress through the game you get money to buy new equipments to upgrade your character. There are D-coins to collect as well that allow you to upgrade the capacity for each ammo type. You gain XP to level up as well to get new talent points to use on the skill tree for new abilities that help your character in the long run like higher weapon damage and higher dodge chance for example. Loot in each level is procedural and is different each time.

Run-and-gun through open conference rooms, taking cover in tight hallways, and swap out guns for the best option. You may equip one main weapon, two side weapons, grenades & two “program cores” to outfit your character to your preference. There are color ranks for rarer weapons that have better stats that are powerful to take out enemies easier.

In order to beat a level you may be require to beat all the enemies and then exit the door to advance. Then other variation is to reach a terminal access point and exit to end it but if you die before reaching the exit you restart that level.You restart the level as well if you fall down. There are certain levels where there are drops and you have to be careful when if sprinting. Each level has a different layout, song to accompany it and enemies patterns are different. 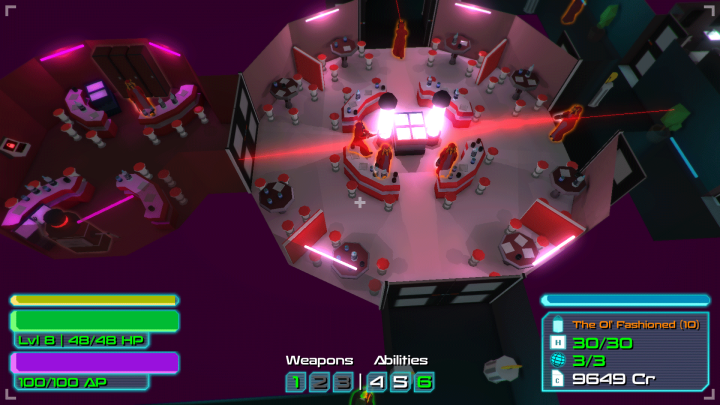 Enemies are humans and there are turrets set in levels. The enemies get harder as you level up and advance through the story. Depending on the difficulty as well will make them weaker or way tougher. If you die the enemies get new weapons when you restart and you have to re-approach the level differently to succeed. Enemies may one shot kill you at times. They will move solo, with a partner, or multiple ones in different directions in a pattern and you have to approach them the best way to take them out without alerting the rest. Turrets cover a stationary area surveillance and may be taken out while out of its view.

Overall I had a fantastic time with the game thanks to the fast-pace action with RPG elements along with the great pulse beating soundtrack for each level. Electronic musicians included from works like KUNG FURY, Far Cry 3: Blood Dragon, Hotline Miami 2 and original Defragmented music. Defragmented has a great gameplay that is tight and responsive. It provides a great challenge and may be done stealthy in certain levels. There may be frustration on certain levels but you just need to rethink the approach in order to succeed. It is highly satisfying when doing a job well done and achieving an S rank.

RPG elements were awesome and the story provided a great world I would like to come back to in a potential sequel if they make one. It is short about 3 to 4 hours with the dialogue included but replaying levels to get a better rank is fun. Two endings were well done that provide a conclusion to the story. The difficulties of the game makes it accessible if having a hard time. You may level up your character but enemies may still one shot kill you. If you like fast-pace action with a pumping soundtrack and a challenge check this game out.

If you have questions or thoughts on the review or game let me know in the comments below. Leaving a comment will enter you for a chance to win one of two copies of the game on Steam. Winners will be announced next week on Friday around 2pm Pacific Time on this post. Thank you. 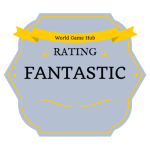 For more information on our rating system click here. 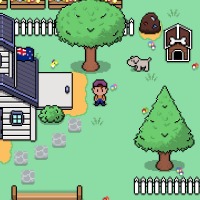