Today at EA PLAY, Electronic Arts announced Command & Conquer: Rivals, a fresh and innovative player versus player (PVP) real-time strategy game (RTS) built from the ground up for mobile devices. Taking advantage of mobile’s touch interface, Command & Conquer: Rivals gives players continuous control of their armies as they face off in intense head-to-head battles where skill and strategy are key to victory.

“As huge fans of the strategy genre, we wanted to build a great RTS on mobile. Rivals embraces the spirit of the Command & Conquer franchise and reimagines gameplay to deliver our vision,” said Michael Martinez, General Manager of Redwood Studios. “Rivals is specifically designed for mobile, so we’re giving players quick, head-to head live battles with continuous unit control, where skill and strategy reign supreme. The Google Play Pre-Alpha test allows us to put the game in the hands of our players earlier. We can’t wait to hear what they think and will use our players’ feedback to make Rivals better. We, the development team, are committed to delivering a fun, fair, and competitive experience for all players.”

True to RTS games, planning and strategy are the keys to victory in Command & Conquer: Rivals. The intuitive mobile controls of the game allow players to focus their efforts on high-level strategy while also engaging in tactical battles. Each match requires a unique approach to a player’s army composition and build order, where players must create winning combinations of infantry, tanks, aircraft, and hi-tech behemoths in order to defend and out-maneuver an opponent.

Players will choose between the Global Defense Initiative and the Brotherhood of Nod factions, selecting their favorite Commanders to control their ultimate army in battle. By collecting, customizing, and upgrading a vast array of units and forces from the iconic Command & Conquer series, you can defeat your rivals on the battlefield and lead your army to victory.

For more information and to stay up to date on the latest news, follow Command & Conquer: Rivals on Twitter. 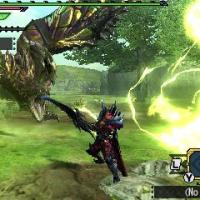