Anima The Nameless Chronicles is a third person action RPG that tells the story of a man without name, an immortal being cursed to walk the world until the end of time. When a shadow of his past rises again in his path, he will be forced to take part in a conflict in which the very existence is in question.

Battle Knights is a retro-inspired, challenging platformer. Play as the blue knight, Wonder, who is on a quest to unite the colored realms through a series of challenges as he attacks, blocks, and jumps his way across a variety of game modes. Features a co-op story mode and a number of versus mode competitive challenges.

Grab the Bottle is a quirky puzzle game in which you solve puzzles by stretching your arm through the level.

You need to maneuver an ever-extending arm to grab the goal bottle, avoiding anything hazardous on the way. To make things more tricky, Grab the Bottle brings physics and puzzles to the mix. You must grab, pull and drop objects to get to the goal bottle. On the way you will find different kinds of obstacles that need to be dealt with.

This unique action adventure game lets you become Haimrik, a young scribe trying to make a living in a medieval town full of warriors, sorcerers, dragons and dragon-riding sorcerer-warriors. But one book changes his whole life. With the help of Masamba, a hungry lioness who will protect him while constantly trying to eat him, he’ll venture out to take on the evil king and his elite generals, the Word Warriors.

Break, build and battle with the Gunpla you’ve always wanted in NEW GUNDAM BREAKER! Blast through enemy Gunplas and collect their fallen weapons and armor to customize your Gunpla in real time and now you can team up with your friends in a 3v3 co-op mode! Don’t miss out on the action in the newest installment of this fan-favorite series!

Mama’s Madness: You’ve been swallowed by a giant worm! Your goal is to platform yourself through its intestines back out its mouth before you get digested!

Blackbird’s Kraken: You were about to take a vacation with your family and got eaten whole by a giant Kraken?! Once more you’ll need to jump, slime & slide your way out!
Sheeple’s Sequel: Sheeple believes he’s an NPC in a video game and decides to recode himself as the villain! Can you beat his mind-bending levels?

Superslime Edition packs an extra 10 exclusive levels where you can play as Grandpa-san himself! It also includes a “Dynamic Colors” feature that alters the game’s color palette to a unique one for each world. Slime-san’s more colorful than ever!

Occult journalist Hayato Ibuki encounters a strange girl during his investigations into a series of mysterious suicides in Tokyo. She implores that Hayato must live, before bestowing upon him a mystical device that allows him to capture celestial and arcane creatures. He is now thrust into a world beyond our own, home to horrific monsters and celestial beings known as Astrals. In it, he must delve into dungeons called Layers and solve the mystery of the device. Where his journey leads him could decide the fate of our world… 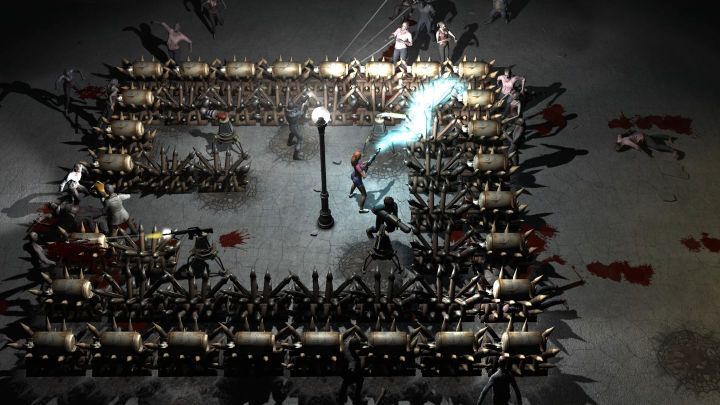 Yet Another Zombie Defense HD is all about defending yourself against hordes of darkness attacking you every single night. You know this is a lost cause, enemy forces are overwhelming and sooner or later your time will come. So, if you gonna go, do it with style, and pave yourself through piles of fallen monsters before they squash you! There’s just one thing that matters – how long can YOU survive?