Fist of the North Star: Lost Paradise launches on October 2, 2018! Life in a post-apocalyptic world isn’t easy; dealing with rampant crime, foiling myriad assassination attempts, and traversing miles of sun-scorched desert every day can take a toll on even the most seasoned wasteland survivor. Get prepared for your journey through the wastes ahead of time by digitally pre-ordering Fist of the North Star: Lost Paradise on the PlayStation Store today at the link below:

Fist of the North Star: Lost Paradise on PSN

All digital pre-orders come with the following bonus items:

You Are Already a Master:

All the Destiny Talismans in the world won’t protect you if you don’t know the basics of Hokuto Shinken, so get acquainted with Fist of the North Star: Lost Paradise‘s combat system in our new Combat Trailer!

For fans who prefer physical games, we’re not planning on leaving you metaphorically stranded in a metaphorical wasteland. All pre-orders and first-run copies of Fist of the North Star: Lost Paradise come with two deathcry decals! Use them to add some stylish flair to your PS4 console or controller, or create your own real-life Fist of the North Star scenes! Pre-order your copy now at http://lostparadise.sega.com. 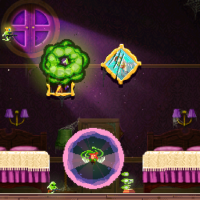